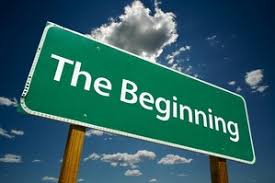 Immaculate Conception Catholic School began as St. Joseph Catholic School, a rural, one-room school started by a group of parents and community members for the 2005-2006 academic year.  The school had 14 students and the classroom teacher volunteered her time to get the school started.  The following year it was blessed by Bishop Olmstead as an elementary school within the Diocese of Phoenix.  Grade levels, and classroom spaces, were continually added through the 2009-2010 school year, when the school had expanded to encompass preschool through eighth grade.